This video series on building a parametric truss using Grasshopper was useful because not only did the narrator walk through the steps to create the geometry that made up the three dimensional truss, he also explained his logic behind keeping a clean working canvas to provide an efficient workflow. Although, I may chose to organize my definitions differently, it was useful to see visually the adjustments that can be made with grouping, color coding, and so on.  This video also reinforced some of the parametric definitions that we began to cover in the lecture and previous readings/tutorial videos on Tuesday. However, seeing things defined sequentially to create something tangible really  provided for me a way to understand the logic that is needed to design parametrically. 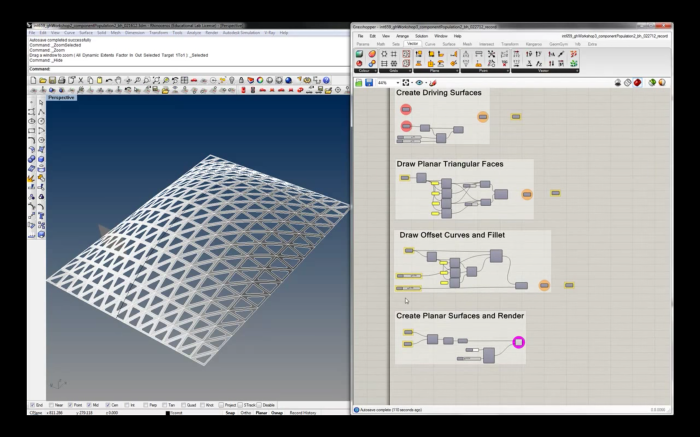